Greg and I were staying in a little town called Asfalou, which is just outside of Aït Benhaddou, Morocco.  Asfalou had no stores or places to buy water, so we thought we'd get a workout in and run to Aït Benhaddou to buy some water - only about 3 miles, if even that.  Our host told us to follow the river and it would take us there.  He was right, but he forgot to mention that we actually had to run through the river to get there.  Minor detail.

Once we got to Aït Benhaddou, which feels like it is a town of maybe 500 people, we were drip drying as we walked along the main road and a small man greeted us and struck up a conversation.  We were surprised he spoke such good English and when he asked, "Where are you going? What are you doing today? You must come for tea" we realized we had no agenda, no where to be, and nothing to do except buy water. 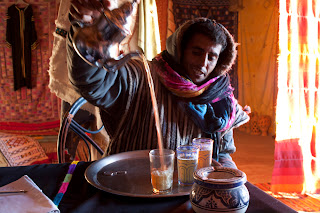 We spent most of the day in Hussein's shop, learning about his life, his culture, and listening to some hilarious dirty jokes (Why is there no kissing in Berber sex?).  It was a surreal experience we certainly couldn't have planned for.  Aren't those the best kind? 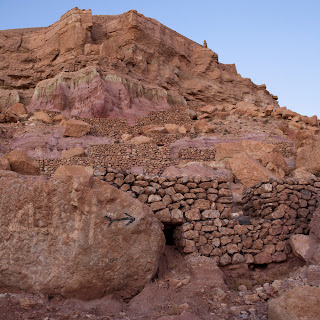 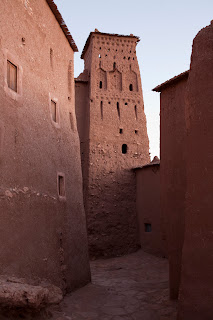 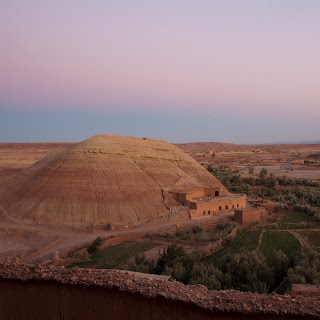 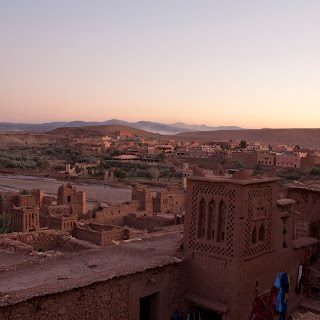 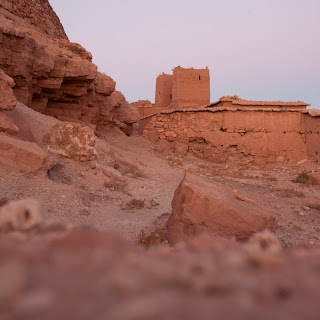 Hussein wrapped up our visit by taking us to the Kasbah in Aït Benhaddou which was beautiful.  We got up there just after the sun went down (I was a little bummed to have lost the light) and the views were magnificent.   We'll never forget Hussein and we're so glad to have met him. 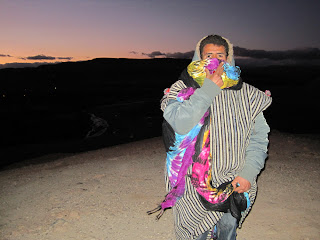