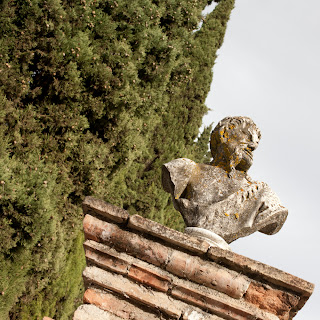 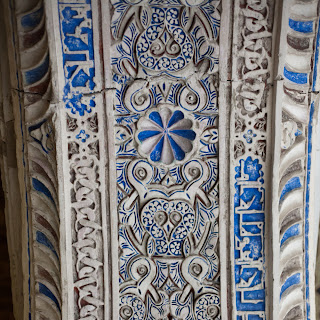 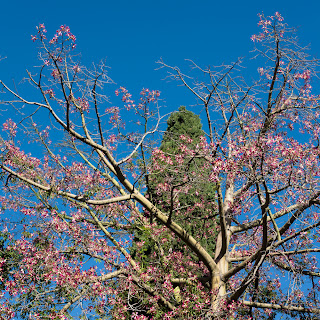 Trees in the courtyard of the Alcazar 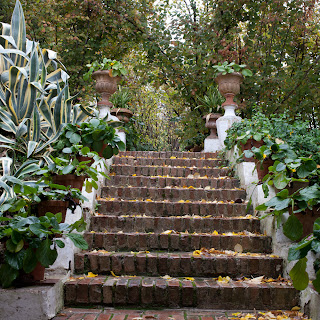 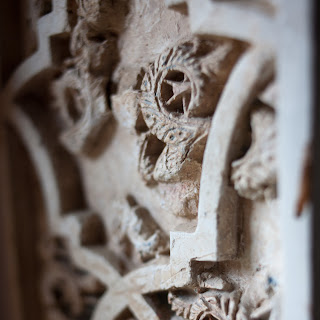 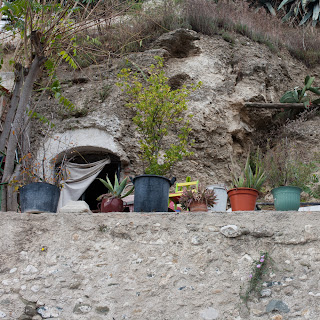 See the little archway covered by a partially opened curtain between the two blue pots on the left? That's the entrance to someone's house! One of the gypsy caves in Sacromonte, a neighborhood in Granada. People have been living here for centuries. I would have liked to have been invited in but this is all I could see from the street. 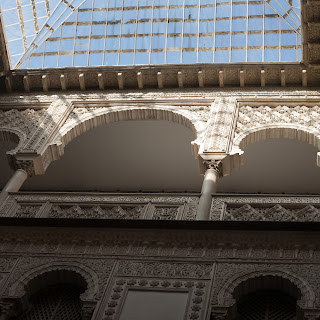 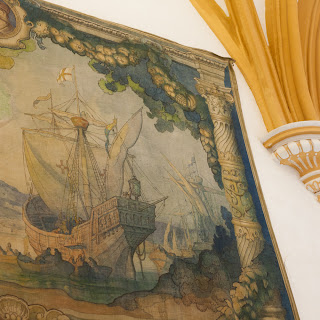 I really liked this tapestry in the Alcazar, Sevilla, Spain 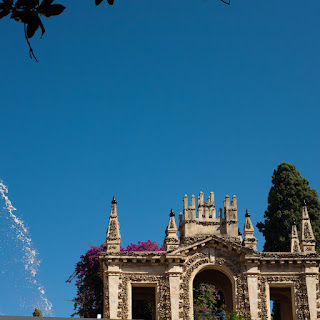 the gardens of the Alcazar 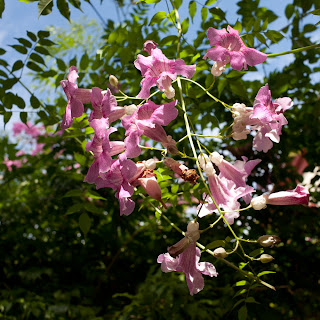 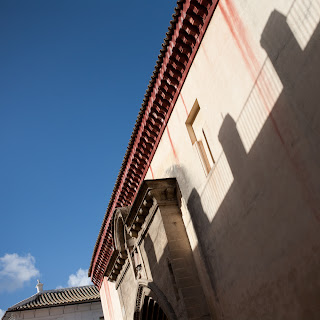 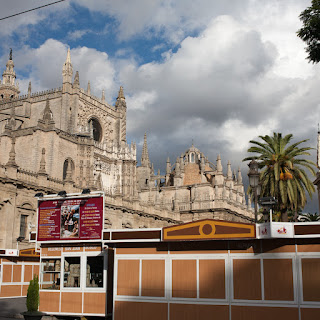 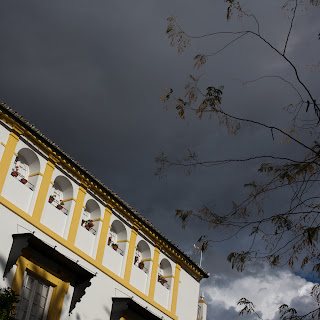 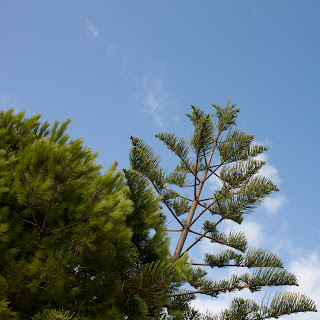 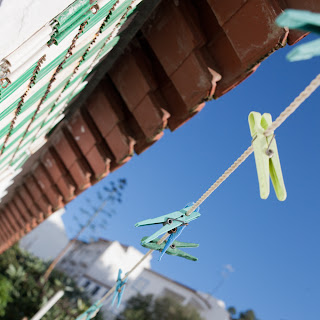 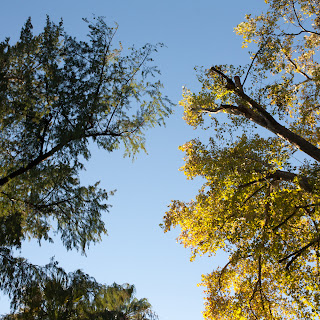 This one is for you Rachel J! xoxo (autumn leaves, blue sky) 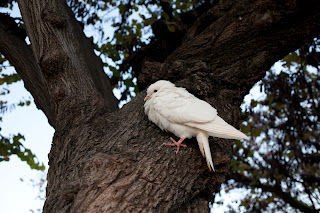 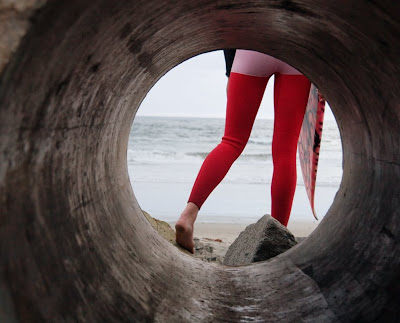