Did you know today is World Water Day? It's a day that is internationally observed to raise awareness and find a solution to the water issues that plague the world population.   You can read about the initiative here. In honor of WWD, charity:water has launched a compelling campaign to help Haiti get back on it's feet through clean water, which you can learn about here.  There are lots of great resources online if you've got the gumption to learn about it.
I've got a few new pictures to share with you: 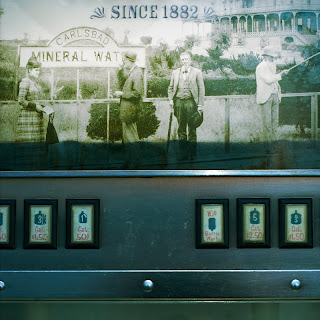 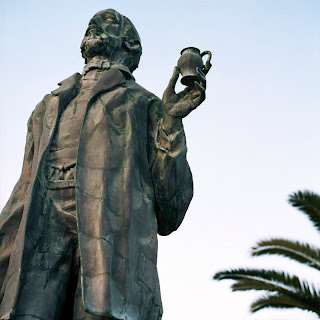 Earlier this month, I took a look around the Carlsbad Mineral Spa after realizing the company I work for buys it's bottled water there.  Did you know Carlsbad was actually founded and developed due to John Frazier digging a fresh water and a mineral water well on his farm?  He realized he could make a profit and BOOM - tourism and the town of Carlsbad.  Yes, that is a tiny cup of water in his hand. 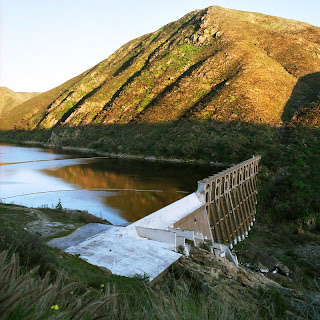 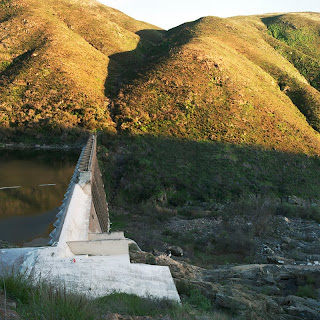 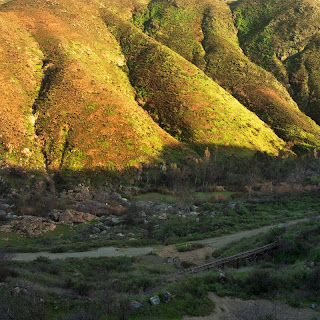 I also went to check out the Lake Hodges Dam, which was completed in 1918 by the San Diego Mutual Water Company, a private water firm.  It's actually pretty hard to find out any information about this company, but now the lake provides water for the San Dieguito Water District, which includes my very own tap at home in Cardiff.   Even back in 1912, lawyers petitioned against the building of the dam, stating that it would compromise water sources for citizens in the northern parts of San Diego County.   I don't know if they were right or not, but obviously their protests were unsuccessful.

Why is this relevant? I don't exactly know yet.  I'm still figuring things out as I research, and visually responding to what I learn along the way.  Hopefully these will make sense down the road.  I'm trying to narrow down a focus on this water project; one thing that really gets me riled up is the privatization of water.  Right now it feels like that's where this work might be headed...
Email Post
Labels: film hasselblad landscape water

Don Sheffler said…
Today I saw a photo of a "slow-draining" gutter and thought of your project:
http://www.flickr.com/photos/colleenm/3770457903/