My grandmother Katherine recently passed away, and while thinking about her and my relationship with her, I decided to go back through some old negatives from 2003-2004. This is a little personal, and potentially boring, but here goes:

Gramé came from a different time and world... she was born in 1913 in southern Indiana. She was the most proper person I've ever known. Not the typical "let me bake you cookies and hold you in my cushy arms" grandmother by any means, but loving in her own way. She taught me about a world I would have never known otherwise. She took me to plays and symphonies in the city, museums, taught me about manners and how I should always send a thank you note and be sure to put the date on a letter. Although she went to college, she only worked about 6 months; after raising my father and uncle, she spent much of her life traveling the world, learning about other cultures, and acting as a collector of sorts.

Because of her travels and collections, her apartment was like a time machine. It was largely unchanged since she moved into it in the mid-70's but felt much older because she was such an antique fanatic. These pictures were made when I was a junior in college and looking for a new photo project. Unfortunately, my memory is pretty awful and I'm not totally sure why I abandoned this and didn't make more pictures. I think I was frustrated with the light; her bedroom was the only place in the whole apartment that got any decent light. I think that since I had been going there ever since I was a little girl, I had a jaded point of view about everything and felt there wasn't much to photograph. I really regret that now.

Anyway, these are not the best images I've ever made, but they're meaningful to me. Below are from a few of the 20 rolls of film that I have from her place. Maybe I will scan more as I rethink them. As I type this, there is a moving truck on it's way to my house from Chicago containing over 20 boxes of her things + some furniture. Perhaps I can continue the project in a new way once these things arrive. 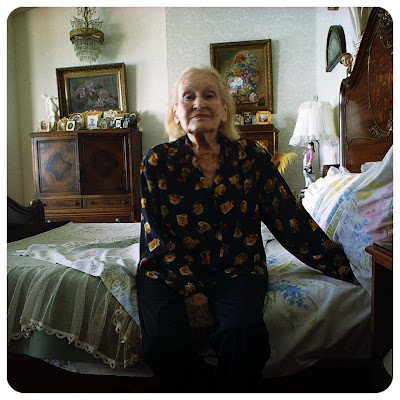 Gramé had a hard time holding still for the long exposures required to shoot in her apartment. She had all her grandchildren call her Gramé because it was French for grandmother and sounded more elegant. 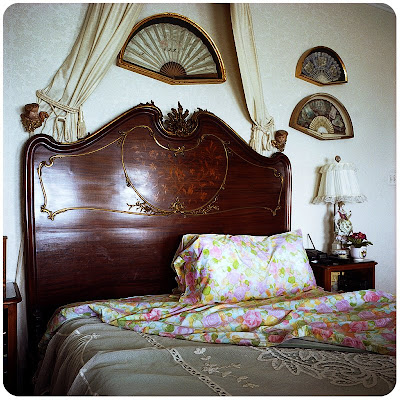 To me, her bed always looked like it belonged to a queen. 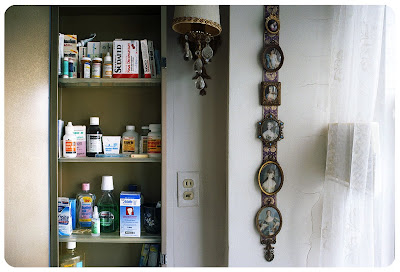 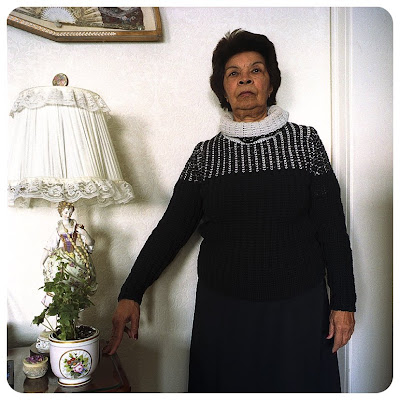 Amnerys was my grandmother's maid and, as she aged, her caretaker for over 20 years. She was just as much a part of our family as anyone. 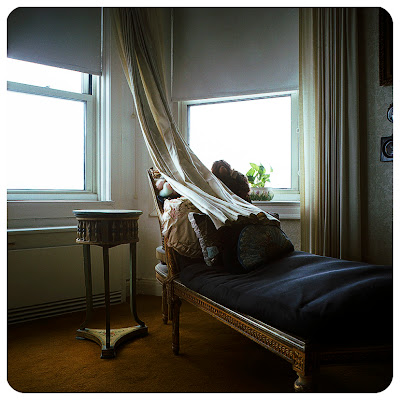 Anonymous said…
I only know your work from this blog, but I think this is some of your best, I hope you scan some more. I especially like the medicine cabinet shot.

And your Grame reminds me a lot of my grandmother, her stories are still with me after 16 years and her name lives on with my daughter. Thanks for sharing.
June 25, 2009 at 2:20 AM

Jamie Welsh Watson said…
Wow, this is a beautiful post and beautiful photos. I am sorry to hear that your Grame' passed away.
July 3, 2009 at 12:18 AM